This is the first Suzuki‘s vehicle to adopt Pioneer's car navigation system for the European market.

The car navigation system adopted in this vehicle is equipped with a 9-inch high-precision HD display featuring a frame design that fits into the dashboard and accommodates maps of 42 European countries and 17 languages. In addition to its high-performance navigation functions, the system is interfaced with smartphones through Apple CarPlay and Android Auto™ and with various other media. It uses a customizable home screen featuring three types of area displays, "navigation," "vehicle information" and "audio," enabling users to easily operate a range of functions. 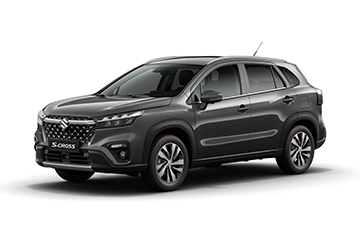 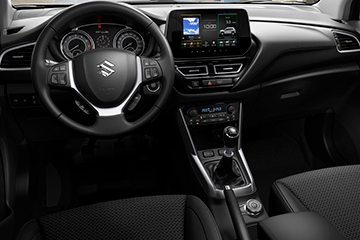 Outline of Pioneer's car navigation system for the European market

Equipped with a 9-inch high-precision HD display, the system directs users to their destination via an optimum route in an easy-to-follow way, leveraging visible maps and information display. The large screen can display a bird's-eye view of the vehicle from the 360-degree monitoring camera and real-time vehicle information such as distance covered, distance to empty and average gas mileage. In addition to the archive of maps of 42 European countries, the voice guidance function is available in 17 languages and the navigation and audio system can be operated hands-free. Moreover, it supports apps that connect vehicles with smartphones, such as Apple CarPlay and Android Auto™, a digital radio broadcasting system (Digital Audio Broadcast) and Bluetooth® connection and is interfaced with a variety of media including USB memory.

Search by year and month